Lap-Band surgery reached the peak of its popularity in 2011, and, although it has been surpassed by Gastric Sleeve, it remains an in-demand weight loss procedure today. There are several advantages to Lap-Band for those who are seeking permanent weight loss with an easier-to-tolerate procedure than many other bariatric surgeries.

Weight loss from Lap-Band surgery is gradual—While this may be a turnoff for those looking for more immediate results (and it is, in fact, responsible for much of the procedure’s decline in popularity over the last several years), the gradual weight loss is actually a positive for many patients. Numerous studies have shown that those who lose weight more slowly are more likely to keep the weight off permanently.

It’s a less invasive surgery—Unlike Gastric Bypass or Gastric Sleeve, Lap-Band does not involve cutting or stapling the stomach or rerouting the intestines. That can make it easier to tolerate for some patients, or simply more enticing for those who want a simpler procedure. Lap-Band may also be recommended for individuals who are not medically cleared for procedures like Gastric Bypass.

It has a low complication rate—The less invasive nature of the surgery also keeps the risk of complications and infections low. There is a lower risk for malnutrition and vitamin deficiencies than with Gastric Bypass, and digestive issues tend to be minimized because the intestines are not involved.

It is reversible—Lap-Band is a reversible procedure, and also offers flexibility to the patient in a way that other bariatric procedures do not. Want to lose more weight? Have the band tightened. Want a little more flexibility with the knowledge that this adjustment might slow down your weight loss? It can be loosened. These adjustments are called “fills.” 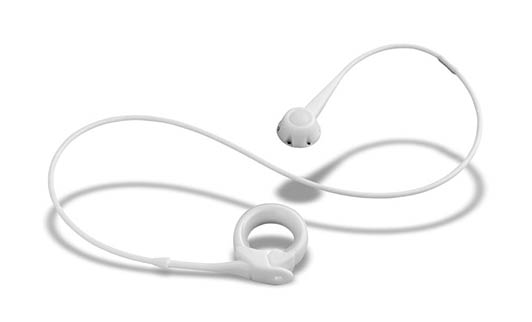 During the Lap-Band procedure, the doctor makes several small incisions, places a silicone band that is filled with saline around the upper portion of the patient’s stomach, and secures it in place. A valve or port is then placed beneath the skin in the abdominal wall, connected by a tube to the band. This allows the doctor to adjust the band as needed over time, adding or removing silicone through the valve (fills).

This is a laparoscopic, minimally invasive procedure that is completed within one to two hours. The new, smaller stomach limits the amount of food that can be eaten in one sitting, making you feel fuller. When you eat less, you lose weight. The Lap-Band can also help curb cravings by making patients feel fuller, longer.


Who is a candidate for Lap-Band?

According to the National Institutes of Health (NIH), candidates for Lap-Band surgery should have a body mass index (BMI) above 40. However, patients with a BMI between 30 and 40 who also have a chronic health condition like diabetes, high blood pressure or high cholesterol, may also be candidates—that accounts for almost 40 million Americans!

Lap-Band may also be the preferred bariatric procedure for those whose current health condition makes more invasive procedures, like Gastric Bypass, too much of a risk for them.

What to expect after Lap-Band

Unlike a more invasive and complicated surgical procedure like Gastric Bypass or Gastric Sleeve, in which the weight loss is more concentrated in the first year, the pounds come off more slowly with Lap-Band. Typical weight loss is one to three pounds per week during the first year, during which patients lose about 40 percent of their excess weight, on average. That number rises to about 55 percent in year two.

You can expect to have regular follow-up appointments with your doctor after surgery; if, at any point, your weight loss has slowed, it might be time for a “fill.” You will be on a liquid diet immediately after surgery, and your doctor will start to reintroduce solid foods as you begin to heal.

Recovery from Lap-Band surgery is considered easier than other bariatric surgeries because of its minimally invasive nature and because it does not involve cutting or re-routing of the anatomy. Patients typically spend one night in the hospital and can return to work in about one week, with more strenuous activities like going to the gym resuming in four to six weeks.

You may feel sore immediately after your surgery; most patients find relief with over-the-counter pain medication. Your doctor will advise you as to the best type to take and also provide detailed post-op instructions. Patients who have the quickest recoveries with the least amount of pain and discomfort are generally those who follow doctor’ orders carefully and who don’t try to do too much, too fast. The body needs time to heal after any surgery, even one as minimally invasive as Lap-Band.

You can expect to have follow-up appointments with the doctor two weeks after you are released from the hospital and at three, six, and 12 months after surgery. Your doctor will work closely with you to monitor your progress and help you establish and maintain a nutrition plan to boost your weight loss success.